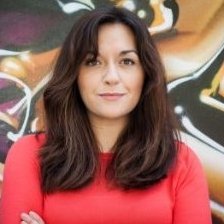 Cathy specialises in working with startups and the organisations that support them, with a real passion for working with growing companies where she can make an impact to their business.

Before founding CEW Communications, she was Head of Communications for Tech City UK, an organisation to accelerate the growth of digital startups and skills in the UK, and previously Communications and Marketing Manager for Seedcamp, the first round fund that invests in pre-seed and seed stage tech startups. In her role at Seedcamp she worked with it’s portfolio, advising early-stage companies on their own marketing and PR activity. Ahead of Seedcamp, she was Senior Account Manager on the Start-ups and Fast Growth team of Albion Drive and was recognised for her work in the agency by PR Week in June 2014, when she appeared as a ‘Rising Star’ of the industry.

She has worked on international campaigns for US and European companies, in a range of sectors across the tech space, including some of Europe’s leading startups and VC’s, such as Index Ventures, DFJ Esprit, Transferwise, Etsy, Brainient, Moo.com and Klarna.

Prior to joining Albion Drive, Cathy worked at Sparkpr a Silicon Valley agency, where she played a key role in the London office operation, as day-to-day contact and acting “MD” during a change in management. She then moved on to lead PR for London startup jobs fair, Silicon Milkroundabout, working closely with the team to create stories that would get attention across the National media.

Outside of her day-to-day, she is an organiser for GeekGirl Meetup UK, highlighting female role models in the tech industry, providing women with events to learn, connect and be mentored. Cathy is also the host of GeekGirlMeets, a podcast series that interviews women in technology in order to inspire others.

She has also mentored startups across Europe, meeting with teams from Incubator Starter in Poland, Eleven from Bulgaria and most recently with Google Launchpad in London.