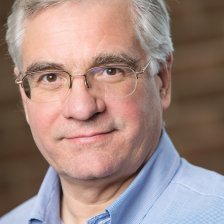 Chris is the CEO of the Data and Marketing Association. He has over 35 years of experience in Europe, the USA and Asia/Pacific including senior roles at agencies, brands and marketing technology companies.

Chris launched his career in Los Angeles in TV Production before joining Young & Rubicam NY in 1982. His 12 years at Y&R included 5 years in Asia, from 1989, initially as regional account director for Dentsu Young & Rubicam (DY&R) and then as General Manager of Wunderman Hong Kong before founding the Wunderman office in Singapore in 1992. Chris moved to London in 1994 as European media and sourcing director for Franklin Mint and created his own on-line catalogue company (Living Heritage) in 1998. From 2000 to 2009, Chris developed Emailvision (now Smartfocus) into Europe’s leading email service provider (ESP) in his dual roles of Chief Operating Officer and UK Managing Director.

In addition to his commercial activity, Chris has taken a lead in industry issues including legislation, best practice and education. His industry roles include being Co-Chair of FEDMA, Chair of the JIC Mail board, and seats on the boards of the Advertising Association, Asbof and CAP.