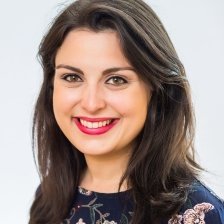 Cristy Garratt is the Head of Digital Video and Social Media at CNBC International, based in the leading business and financial news network’s London headquarters.

Cristy is responsible for the network’s original digital video content and social media channels. She has been with CNBC since 2015, and has since launched new digital video series such Life Hacks Live and CNBC Explains and has overseen triple digit growth for its social channels.

Cristy holds a BSc in Journalism from the Medill School at Northwestern University, where she served as president of the university’s chapter of the National Association of Hispanic Journalists.