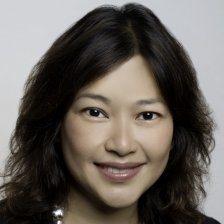 Elaine joined Danone as Chief Officer of the Strategy & Insights function in January 2017. She is responsible for leading Danone’s continued efforts at keeping the consumer at the centre to drive sustainable growth, and achieve the company’s mission to bring health through food to as many people as possible #oneplanetonehealth. A key part of her role is to lead the transformation of the S&I function to be future-ready in today’s disruptive consumer-market paradigm. She is based in the Paris HQ of the company.

Over the course of her career, Elaine has led teams across various CPG companies, global and regional, developed and developing markets. She started her career in academia, and spent a number of years in research agencies before moving into CPG in 2001.

Prior to joining Danone, Elaine built teams in both Global and Regional positions in Mondelez International. Joining the company in 2007 in Kraft Asia Pacific, Elaine led the regional Consumer Insights & Strategy team across 14 countries. In 2013, she moved to a role in the Global Biscuits Leadership team, where she was responsible for insights across all markets including North America, Europe, and Developing markets with particular focus on China, Brazil and India. In her 9+ years in Mondelez, Elaine legacy lies in building high-performing teams that led the company on a path towards becoming a truly consumer-centric organisation that put consumers first. Adding the “science” to the “art of insights”, Elaine and her team also drove the use of advanced analytics for better marketing investment choices, and built shopper insights capabilities in countries.

Prior to joining Kraft Foods, Elaine was in Reckitt Benckiser, where she spent 7 years in a variety of roles in the Market Research function spanning a Global Category MR Director position in the UK HQ, as well as a Developing Markets Market Research Director in Singapore. Prior to this, Elaine spent some years in research agencies Research International (Kantar) and Synovate (Ipsos).

Elaine has a Ph.D in Marketing, and Bachelor of Business (Honours) (Marketing) from Monash University, Melbourne, Australia. She tutored and lectured for 4 years at Monash while completing her degrees.

Elaine lives in Paris with her husband and two daughters, which is the fourth country she is living in after Singapore, Australia and UK.