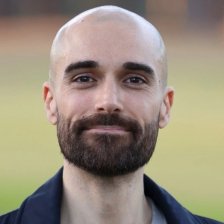 Duarte is a jack-of-all-trades turned master of one. Having dabbled as a Chef, a gardener, and a journalist, he has visited over 60 countries and mastered the art of communicating through social media, helping companies gain (and regain) trust. He believes in being hyper-local to stay hyper-relevant.

From his days at Reuters and Sky News, covering everything from business and politics, to sports and entertainment, he grew a deep understanding of how different communities consume different content, on different platforms.

As a journalist, he witnessed the start of a global crisis of trust. In the media, the political system, companies, products, regulators, and even peers.

When the opportunity came to join Philip Morris International as their Deputy Head of Global Social Media, he asked ‘Why would I want to join the biggest cigarette company in the world?’. The answer came in the form of purpose. The company had decided to stop selling cigarettes, and become a science and technology, smoke-free company. And they were ready to come out of the shadows and communicate their mission and their industry-changing transformation.

On social media, the mission was clear: to regain public trust by being open, transparent, purposeful, and empathetic. This was Duarte’s challenge.

At PMI, he built a global social media team from scratch, activated and consulted for dozens of markets, and ensured a regular stream of engaging content for both global and regional channels.

In just over 2 years as Deputy Head of Global Social Media, he helped turn social sentiment around Philip Morris International from 18% to 80% positive. In a tight regulatory environment, he oversaw a 79% increase in organic followers on LinkedIn, 40% on Twitter, and 133% on Facebook. The organic engagement rate across channels doubled during his tenure.

On top of that, he showed the company the importance of social media in building brand, reputation, and lead generation. He personally activated the social media profiles of PMI’s top executives and worked across teams as an omnichannel project manager, delivering communication campaigns for paid, earned, and owned.

He is currently the Group Head of Social Media for Coca-Cola HBC, and on the Advisory Board of Handprint, a sustainability tech startup helping companies push for a greener world.

In his personal life, he is a father of two – one baby girl and one teenage Tibetan Terrier. He is a flexitarian, a failed fly fisherman, an ethical consumer, and an ardent supporter of the Dallas Cowboys. He believes in using social media for good, and his favorite trait is redemption.