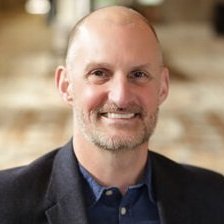 Jed Mole serves as Chief Marketing Officer at Acxiom. In his role, he is responsible for Acxiom’s communications with its various audiences, building the brand and supporting business growth. Before moving into the CMO role, Jed held various marketing, product, sales and sales support roles in Acxiom’s international business; this included key client engagements with brands including Procter & Gamble, Sony, Dell and Hearst.
Jed is a founding member of Acxiom’s IDEA (Inclusion, Diversity, Equity and Awareness) Council. He also serves as an executive sponsor for KNeuro, an employee resource group dedicated to and driven by neurodivergent members of Acxiom, Kinesso and Matterkind.
Before joining Acxiom in 1996, Jed was marketing manager at Cable & Wireless, an international telecommunications company, and also worked at Ernst & Young. He started his career as an officer in the Royal Navy.
A native of England, Jed holds a bachelor of science degree in economics and management studies from the University of Cardiff, a diploma in marketing and is a fellow of the Institute of Data & Marketing. Living in England with his two sons, Jed is a keen musician, both writing and performing.