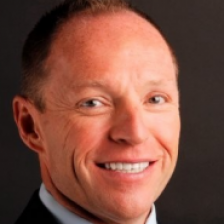 John McDonnell has launched and marketed a number of successful global spirits brands in 150+ countries. He began his career at Joseph E. Seagram & Sons in global sales and marketing. He then joined The Patrón Spirits Company as Chief Operating Officer where he led the brand’s international expansion and helped make Patrón the world’s #1 tequila brand in retail value.

Now at Tito’s Handmade Vodkas, he leads the brand’s spectacular global expansion across the globe. One of the “secrets” to John’s success has been his steady focus on the evolving trends and preferences among today’s rising younger consumers, an increasingly Digital Generation. He knows first-hand the importance in today’s times of making a genuine and visceral “connection” with a target audience. The success of his brand illustrates the value of that perspective.