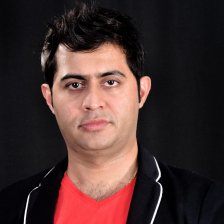 After doing his MSc. in Global Business, Sanjay worked for numerous leading companies where he developed himself as a seasoned sales and client relationship professional until 2014 when he decided to fly solo. He single-handedly laid the foundation for KIA Biz and organically grew it into a leading marketing and sales enablement company.

In 2021, he launched yet another brand called LeadsIntel. Specialising in high-quality B2B Intent Data, LeadsIntel already ranks among the top 10 data providers in the world.

With sales being his ultimate strength, he currently focuses on expanding KIA Biz and LeadsIntel across continents.

In addition to his excellence in business, he also aces at music. Even amidst his crazy schedule, he always finds time for singing.

You can find Sanjay Hemwani speaking on...

Virtual: The significance of intent data in making your Sales & Marketing more effective