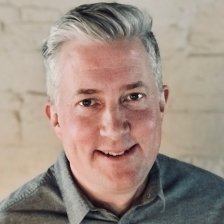 Tom was originally an ad man at agencies WCRS and Wieden+Kennedy where he worked on multi-award winning campaigns for the likes of Nike and Honda (including the era-defining ‘Power of Dreams’ brand relaunch). He’s been part of Microsoft’s global marketing team and also helped launch their Xbox 360, before working at digital agencies VML, Tribal DDB and then the BBC.

Since joining the National Trust he’s overseen the delivery of a new responsive website, mobile app, holidays and ecommerce rebuilds plus an online membership management system. As recognition of the progress that the National Trust has made in this area the BIMA industry body subsequently awarded it with the accolade of digital ‘Brand of the Year’.