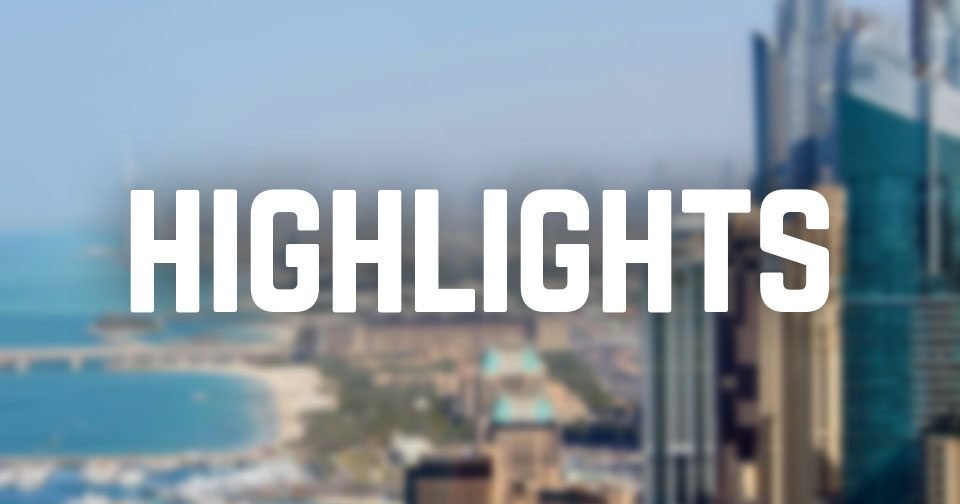 I had heard about the arrival of #DMWF in Dubai during a conversation with Manuel Parra, CEO of Corpstation who was overseeing proceedings at the event on Day 1. #DMWF brings together speakers from across the globe for each event and it was informative and insightful to hear from giants such as Facebook, Visa, twitter, Coca-Cola and IBM from both a global and regional perspective. The networking was also enjoyable. For me it’s always about the unexpected conversations that can lead to valuable connections that can work both ways. The audience at #DMWF was broad and fascinating – a lot having travelled from interesting pockets around the world to attend.

When it comes to technology, we are witnessing the fastest changes in history. It can be overwhelming trying to figure out your own marketing and social media strategy and where your business sits alongside everyone else and how it can stand out.

Here are my highlights from the event:

The morning of day one kicked off with Mariano A Bosaz, Global Digital Senior Director, The Coca-Cola Company talking about privacy in the digital world. Companies ask for quite a bit of “sign-up” information these days. This data is captured and analysed to help improve the customer experience and understanding as well as give top line growth. Companies use data as revenue and people pay with their privacy – sharing anything from personal details, contacts, heart rate and location, to photo, microphone and camera accessibility.

There is a huge cost to companies when data is compromised and Mariano touched on global data breaches such as the Sony hack, Wikileaks and the US Elections, and asked the question of whether we should cover our laptop camera and mic the way Mark Zuckerberg had in an image grabbed from the internet, and where Facebook then explained its actions.

With all this talk of recording conversations, we discovered how to check what Google is recording of our own conversations. You can find this information here.

Mariano says, “People forgive products when they love brands” and in turn recommended the following book by former Coca-Cola marketing maven Javier Sánchez Lamelas: MARTketing – The Heart and The Brain of Branding – which gives you tips to help master your own marketing strategy with proven frameworks.

Per Caroe, Global Evangelist for IBM Marketing Cloud gave an entertaining talk on how IBM’s cognitive technology called Watson is transforming marketing and went on to show examples of the massive changes in how people are now engaging with brands.

Watson is enabling growth in brands by rapidly cracking into new market segments, with the capability to ingest unstructured data to uncover the most meaningful purchase triggers, identify customer journeys and send real-time predictions and updates on performance metrics. It encompasses evidence-based analytics, learning, natural language and it’s about looking at it from a human perspective rather than a machine’s point-of-view.

He discussed IBM’s involvement with The North Face and how they have one of the most impressive buying experiences at the moment by providing targeted, useful information for each individual customer, hence deepening their connection to the brand.

Macy’s is currently piloting a natural mobile interaction in 10 locations in the USA in a bid to empower sales staff by offering better answers around stock, sizes, availability etc. It creates a more efficient store experience to optimize customer journeys. Macy’s is a perfect example of how some big chain’s are embracing new technologies and really understanding their customers’ way ahead of the rest.

Per emphasised the importance of looking ahead and how it’s imperative that as a business, you have to have at least a five-year goal on where you want to go. Another important takeaway was the need to look at all data – you can’t afford to be selective.

The following points were mulled over in a panel discussion with the various companies talking about disruption:

THE FUTURE IS MOBILE

So much about what was discussed, showed that content is exceedingly going mobile and the future is more about personalisation.

Benjamin Ampen, Head of Revenue, MENA, Twitter discussed engagement through live content and connecting with changing consumers who have less time and more devices to use. Interesting statistics revealed how Arabic is now the third most-used language since September 2016 and continues to grow rapidly. The MENA region has a very active audience with Saudi Arabia being the highest and having more than 11 million users. It’s about keeping up with your audience and figuring out ways to connect with them, as the “goldfish mentality” is very much in existence. Each week with NFL, Twitter live broadcast the games with 3.5 million unique visitors. People are watching TV whilst using their mobile at the same time. They’re browsing sites, but a majority of people are now watching video and live streaming. It’s become very clear that any business has to be geared up for mobile to connect with your market.

Being a strong topic, mobile being referred to over the two days. Daniel Sale, Head of Digital Marketing, National Bank of Abu Dhabi reiterated the fact that most time in front of TV is on another device and most likely being a mobile half the time. He explains that context has never mattered more. If you ignore how your customers use their mobiles and other connected devices, you become irrelevant. People are using an average of three different simultaneous screen combinations per day. Not surprisingly, over half of all video has been consumed on mobile for 2016, and with 90% of Facebook’s daily active users accessing the platform via mobile.

Ecommerce is still considered in its infancy in the Middle East. There will be huge growth-on-growth in the coming years. The challenge is around how to transform the customer from COD to online. It will no longer be a situation of “look and feel”, but just “look”, so trust needs to be established with customers.

“There’s a heavy reliance on digital marketing (especially if you don’t have a physical store as well). You need to ensure you are delivering on your promises – convenience, time and price point. Find a unique way to target your customer. After sales support is very important,” said Ulugbek Yuldashev, Founder and CEO, AWOK.com in a panel discussion around building future growth. “Open an offline presence and bring them to online. Trust grows because of the offline presence. Create pick-up points for customers which can be used”, he added.

Nipun Kapur, Head – Marketing & eCommerce, Lifestyle (Landmark Group), talked about getting acceptance from management to be able to create a major online presence. Front line staff work with gut instinct and data becomes absolutely critical. Understanding the customer journey online is difficult. You can launch new products online and test the market. Women enjoy shopping for physical products in beauty. They can try them on, but online allows to upsell and cross sell way more successfully by providing content guides and videos. Make-up tutorials can link into your eCommerce site. You can look at the video and go back and buy a product later.

Virgin who have been in the MENA region for 15 years only looked at getting online in 2014. They took it very seriously and made it a point to involve all staff including support functions. They have a small team managing eCommerce but they needed their platform to have feedback from everyone, said Tarek Moussawer, Head of Marketing, Virgin Megastore MENA. He also states that language (an issue they’ve pretty much resolved now) and cultural nuances are big points to consider here.

There was a huge amount of thoughtful content and discussions over the two days and after a successful inauguration, we are looking forward to welcoming #DMWF back later in 2017.