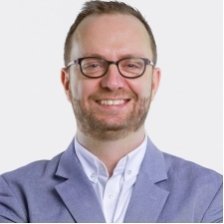 Jon started his coms career at Nokia in 1997. After a spell in Miami, Jon joined Samsung as General Manager for sales. In six short years, Jon helped to grow the manufacturer to be the largest in the UK.

Jon moved to the then young, HTC. He progressed through a number of roles including Director for UK and Ireland, Vice President for Sales and Operations EMEA and Vice President for Middle East and Africa, operating out of Dubai. Following HTC, he worked in Los Angeles for Beats by Dre before returning to Dubai to become VP Sales Middle East for Nokia. For the last 12 months Jon has served as General Manager of Microsoft Mobile Asia Pacific.

Jon believes it’s an exceptional privilege to be able to re-ignite the Nokia brand name on mobile and smart devices in West Europe. Brands with the legacy of Nokia are uncommon in any industry but Nokia has become synonymous with quality, simplicity and innovation. These are qualities that everyone values and by staying true to our legacy we think we have a unique chance to succeed in this industry.

When Jon isn’t busy working, he can be found with his wife and two children in Worcester UK. He enjoys spending time with his family and being beaten at tennis by his ten-year-old son.